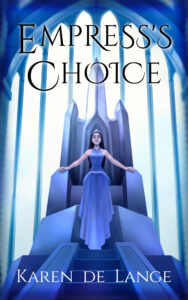 After two long decades of war, a slim chance for peace exists.

Aleysa and Liam Colley have returned from Cera, back into the service of the Empress Cassaya. With the most powerful mind mage in the world at her command, Cassaya for the first time has the advantage.

Yet the peace talks with Valencia Salastrelle are a challenge unlike any other she has ever faced. Salastrelle will go to drastic lengths to destroy Aleysa, and soon Cassaya will be more alone than she has ever been before.

Available now from Amazon, or many other e-book retailers.